As mentioned last week, I still have quite a few books from Nobel Women to read and at least two are memoirs. Here they are: 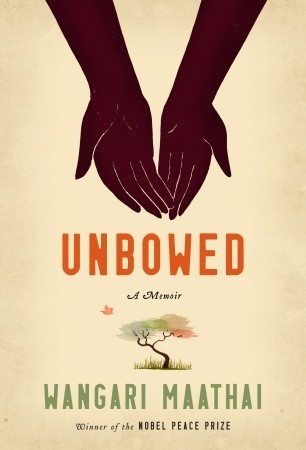 Born in a rural village in 1940, Wangari Maathai was already an iconoclast as a child, determined to get an education even though most girls were uneducated. We see her studying with Catholic missionaries, earning bachelor’s and master’s degrees in the United States, and becoming the first woman both to earn a PhD in East and Central Africa and to head a university department in Kenya. We witness her numerous run-ins with the brutal Moi government. She makes clear the political and personal reasons that compelled her, in 1977, to establish the Green Belt Movement, which spread from Kenya across Africa and which helps restore indigenous forests while assisting rural women by paying them to plant trees in their villages. We see how Maathai’s extraordinary courage and determination helped transform Kenya’s government into the democracy in which she now serves as assistant minister for the environment and as a member of Parliament. And we are with her as she accepts the Nobel Peace Prize, awarded in recognition of her “contribution to sustainable development, human rights, and peace.”

In Unbowed, Wangari Maathai offers an inspiriting message of hope and prosperity through self-sufficiency. 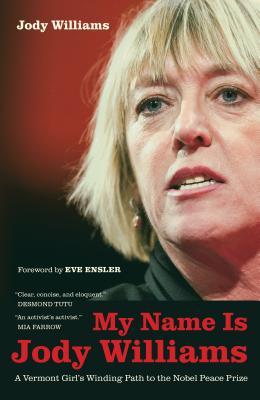 From her modest beginnings to becoming the tenth woman-and third American woman-to receive the Nobel Peace Prize, Jody Williams takes the reader through the ups and downs of her tumultuous and remarkable life. In a voice that is at once candid, straightforward, and intimate, Williams describes her Catholic roots, her first step on a long road to standing up to bullies with the defense of her deaf brother Stephen, her transformation from good girl to college hippie at the University of Vermont, and her protest of the war in Vietnam. She relates how, in 1981, she began her lifelong dedication to global activism as she battled to stop the U.S.-backed war in El Salvador.

Throughout the memoir, Williams underlines her belief that an “average woman”-through perseverance, courage and imagination-can make something extraordinary happen. She tells how, when asked if she’d start a campaign to ban and clear anti-personnel mines, she took up the challenge, and the International Campaign to Ban Landmines (ICBL) was born. Her engrossing account of the genesis and evolution of the campaign, culminating in 1997 with the Nobel Peace Prize, vividly demonstrates how one woman’s commitment to freedom, self-determination, and human rights can have a profound impact on people all over the globe.

Both are slated for next year for me and I’ll be looking out for some new ones.