Today’s theme is: Top Ten Yummy Foods Mentioned In Books (Does a character eat something you’d love? Or maybe the book takes place in a bakery/restaurant that makes yummy things? You could also talk about 10 of your favorite cookbooks if you don’t read foody books.)

I’m not a big cook. It’s not that I don’t like it, but I always feel rushed or tired and then I just make whatever is easiest or most convenient and then clean up always sucks and it’s just a never ending complaint. Until recently.

“What do you want to eat tonight?”

And back and forth it goes. We had figured out a system to avoid that a year or so ago, but I was always striving to find healthier ways to eat and failing and falling back on the garbage that’s easy to manage on my own. And then we discovered an amazing cookbook that does just what it promises.

This cookbook has 150 recipes and a method of eating that gets rid of lots of tummy and digestion issues. Most importantly, it’s a cookbook, so it’s not just telling you to not do all the things we know we aren’t supposed to do but it’s telling you how to do the things that you are supposed to do. Like how to make food that is actually healthy and not just to avoid them. I came across it on Litsy when it was listed as someone’s favorite cookbook. A diet book? Yep. It’s amazing.

At first, I just got some recipes I thought my husband would enjoy and added them to our rotation. What we did to solve the first problem we had with food was write down 20 foods we could always eat and then rolled a 20-sided die and shopped for what it landed it on. I’d roll four times for a week’s worth of dinners because we’d eat out or have leftovers or whatever as well. But our list wasn’t exactly healthy.

Then my husband got some pretty bad indigestion last month and he was finally open to doing the 21 days in earnest. Now he tells me that we are never going back. So, here are our Top Ten favorite recipes!

Okay, I thought about doing a bonus but there were too many out of this one to do that with. I do love the above book and I’m still working my way through recipes but another cookbook I love was sent to me by my aunt when I first wanted to make my own Noche Buena dinner. I was feeling homesick but couldn’t get home for the holidays and she sent me this cookbook so that maybe I could at least have a taste of home out of my own kitchen. It has been amazing! 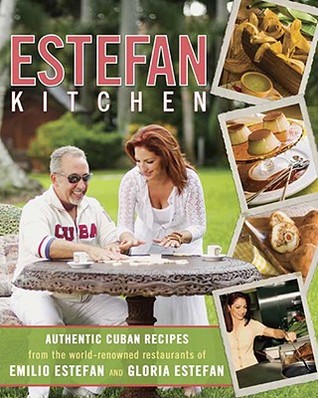 8. Flan. My mom always talked about how complicated it was to make flan, but it turns out that she just had a messed up recipe because the flan here is really simple and delicious. I love both the regular and con queso, but then it occurred to me that I can use the con queso recipe to play with other flavors and make a coconut flan that my family raves over.

9. Lechon. This is another staple for Noche Buena that other people in my family had always specialized in, so my mother never learned. We used this recipe and now my husband makes it whenever they come to visit. We started to show her, but she likes that he knows how to make it. Like he’s really embracing the Cuban side of the family, so we stopped trying to teach her.

10. Cuban-style Pork Chops. This is one of my all time favorite foods that my mother makes. Few foods make me feel as nostalgic as this one. It’s the kind of food that she just does without thinking about it and is a total mess whenever I’ve asked her to slow it down and explain. I finally got it right with this recipe!

And those are my Top Ten Recipes from Cookbooks! Don’t forget to go over to the Broke and Bookish to check out the other foods mentioned in books!