These are all the memoirs I read this year!

Yeah, I expected it to be more too. 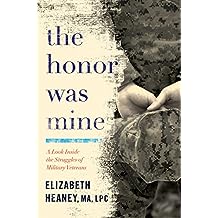 All the cover images redirect to Booklikes except for the last two but I had read most of these titles from the library, so purchase may not be necessary. Links to my reviews are below but I can save you some time and say that they were all great for different reasons, sometimes not my own. I don’t think I could even pick a favorite because they all taught me different things. I will say, though, that of all the memoirs listed here, Rebecca Walker’s spoke to my heart the most directly. Her experiences of being both and neither are so similar that they are scary sometimes while being different experiences that took place in different times. It’s really remarkable, if you think about it. The point is that despite differences in race and generation, the experience itself of being a neither and both that is biracial is it’s own thing and Walker’s book was the first to capture that for me in a written form. But if you desperately need a laugh, go with Jenny Lawson or Phoebe Robinson.